The end of 2019 and the beginning of 2020 was a period when we focused on topics such as regional conflicts, especially what took place in Syria, and possible consequences of a new refugee wave tied to that, as well as on the presidential elections in the USA, and UK exiting the EU. The possible scale and depth of a global economic crisis were like a black cloud hanging over the same period.

Yet another awakening during the year of 2019 has turned heads and reminded us that the new generation has not been thinking in the same way as the rest of us for a while. Greta and her fellowship of millennials took to the streets and shouted out stark realities about the earth.

Following the COVID-19 pandemic, there has been a significant addition to the front that represents one side of the global warming debate, that also has been taking precautions, and has demanded from the status quo. Of course, these new participants have not internalized the principles of pluralism, transparency, and pacifism at the same ideal level as veteran climate activists. The widening of this front is also to some degree due to an existential drive.

At this stage, as we talk about vital precautions that must be taken with utmost urgency,  some sections of society demand that the ruling elite and economic giants act in a decisive and altruistic way.

The COVID-19 pandemic reshuffled every single agenda listing around the world when a totally unexpected emergency got declared. Political debates evolving around the issue coined the existential thoughts that recalled climate change. Many activists were already on duty to spread the word of existential risks of climate change. Non-integrated patterns of this call include radical demands.

Alain Badiou’s translated article on the VERSO Blog contains a part that questions the limits of what governments can do.[1] It is possible to claim that the conditions limiting the capacities of states are due to changes that have been ongoing in the field of politics. If we look at Italy and the UK as examples, we can see the transformation of duties of public bodies for their citizens.  Italy also had other problems arising from political instability since the emergence of the Euro crisis. The foremost of these problems is the lack of confidence in political institutions.[2]  Among new political formations, movements that made irrational statements seem practical created a new environment, in part by taking advantage of the incompetencies of ordinary political practices. Mainstream political parties made huge strategic mistakes in this new environment. Crises that the PD of Italy created for no reason and her expertise in making every crisis much more complex are examples of this. [3] The new socio-economic balance that came to be following the Euro crisis could not be discussed sufficiently. We will never know how much of this neo-liberal formula includes social demands and scientific foresight. At this point, all we have are governments that have lost their capacities to deal with the current crisis, masses without a safety net, and populist parties pretending they are not responsible for making this problematic situation worse with their post-truth politics. The series of mistakes Boris Johnson made in England is not so different from this example. We know that the lies and misinformation created during BREXIT debates have corrupted the process of rational thinking and Boris was a part of it. [4] The United Kingdom now has a political base for whom the supremacy of knowledge has lost its power. We can state that thanks to the power of misinformation, this political method has won both the referendum and the general election, by pretending to represent the masses who lack security, while acting in line with the interests of financial capital groups. However, it has not taken too long before we see the consequences of their fatal choices during the current period when it is impossible to stretch the rules of math and physics.

Perhaps the most popular political concept in recent years is populism. In fact, populism, which is used in a negative pattern pointing to the hijacking of decision-making processes, is in its current state a reality that has lost its meaning. Populism (in its current form) has a feature of taking priorities beyond technical arguments. I will try to point out how the whole world misses critical points in time, through examples of rightist and right-wing leaning leftist (as in the case of Venezuela) populism.

Discussions that have, in a sense, become abstract and debates regarding priorities becoming blurred without exception have created an environment that Western societies, in particular, have not come across in a long time. In my opinion, Western societies that have been benefiting from the great harvest of neo-liberal policies will continue to exist in a psychological environment where irrational politicians are seen as more valuable than ever, for a while longer.

Besides the crisis of liberal democracies that are known as Western civilizations, various scandals of the populist right in other countries are also portrayed as part of a struggle against invisible enemies. One of the common features of this rising movement is that sooner or later, they manipulate the resources and processes in order to reduce costs for big financial capital groups. Every debate in the safe arena provided by populism ends with a certain group (usually big capital) with a bucket of earnings. In other words, the populist right has created a cursed period for us where one player at the table is allowed to take all the moral and material shares that belong to all the other stakeholders. While the so-called traitors are violently thrust into all kinds of poverty, the winners take all, with praise and applause.

When we look at the example of Brazil, the war against the environment and the actions of Bolsonaro are labeled as overcoming age-old traps set to prevent Brazil’s development attempts. Moreover, the government of Bolsonaro has been introducing this model as the new and fair face of Brazil. [5] Irrational decision-making periods in Hungary, Turkey, the USA, England are other plausible examples of the same behavioral pattern.

Discussing the Sex of the Angels

You may know the famous myth. It is rumoured that when the Ottoman armies were at the gates of the city during the conquest of Constantinople, the subject discussed by the Byzantine elite was the sex of the angels. It’s an example of a fool’s errand and it always reminds me of how existential crises are delayed.

Greta Thunberg, whom everyone finds unlikeable but who points out the stark realities of our time in one way or another even though she is a child, created a new generational demand with the activist movement she started. When is the last time any of us heard the scream of a middle school or elementary school child stating their demands for the future, transcending borders and uniting in one voice like this?

These children demand a fair share of the previous generations’ actions which can be labelled as a hedonist. They demand it for the planet. They are emotional and their demands are not only based on life or death concerns. With a sensitivity that we have lost, every change on the planet most likely turns into a nightmare for them. They have already seen the reality of how humanity can be so hopeless, through long documentaries and short small-scale climate disasters. They don’t see the world as just their asset. And they do not perceive the unity that we call nature and life, as only servants of humanity. Is there really an absolute ownership relationship between life forms?

In short, an important generation is coming up, and we force them to experience our confrontation with our selfishness which we hold on to in order to maintain our daily comforts. Nobody can give up their small and confined comfort zone which evokes a kind of slavery yet unnamed, while they make fun of Greta.

The ILO, the World Economic Forum, the European Trade Union Confederation, and many other organizations have already extended out of their main areas of focus to identify the climate crisis and conduct foresight studies. [6] [7] [8] Climate crisis, which has a dynamic data set where all the forecasts have to be constantly updated, points to a wide range of problems. These problems can range from catastrophes where millions become refugees, major health problems are triggered by devastating climate disasters, miscommunication and infrastructural problems make emergency response plans impossible, to deterioration in working conditions, and new untested structural problems faced by economies.

For a scenario in which a refugee crisis like the one that Turkey is experiencing first hand becomes a global wave, international law does not yet have a concrete position. We can see the most complicated migration movements of modern times in the case of climate refugees. It is worth remembering that one of the triggers of the civil war in Syria was drought-related economic problems.

Instead of a Conclusion

There is not much of an optimistic scene ahead. Climate crisis is a problem that involves constantly updating scientific data, and accurate projections cannot be achieved. The key take away from this situation is that we need to prepare for the worst-case scenario.

The state of the politicians across the world who are in charge of the allocation of resources and priorities to deal with our problems is obvious. There is no need to talk at length about what we can expect from political actors presenting their lies as great benefits for society. We are entering the climate crisis period, which is already well underway, with such irrational leaders at the helm.

What’s worse is while in the natural course of things, the democratic structures that are currently getting corrupted should be transforming into a more multi-dimensional form, they are representing the shallow and superficial majoritarian system. While wrestling with this crisis, and dealing with an ecological resource emergency that may change our entire set of social conventions, having strong democratic structures would have been a relief to some extent. Furthermore, a structure of democratizing democracy would have been of vital importance.

It is also possible that climate crisis, which will be crowned with ecological crisis, can wipe out the progress of all the teachings acquired by humanity in modern times. In summary, our civilization is facing the biggest crisis it has ever faced. Everyone has to do their part within their means, sacrifice and give up. Even the possibility of sustainable development should be seen as the last option. For economies, we may have to adopt a new economic level with an adaptable and fair contraction model called de-growth. It is either a dystopia or a modest but livable future.

[4] Stone Brussels, Jon. “All the False Claims Made during the EU Referendum Campaign.” The Independent, Independent Digital News and Media, 12 Sept. 2018, www.independent.co.uk/infact/brexit-second-referendum-false-claims-eu-referendum-campaign-lies-fake-news-a8113381.html.

The Resistible Rise of Far-Right in Southern and Eastern Europe - A. Sencer Gözübenli 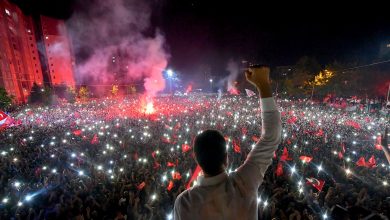 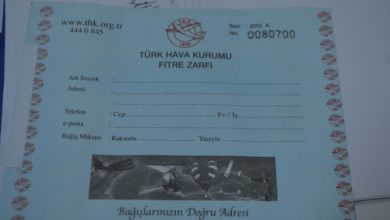 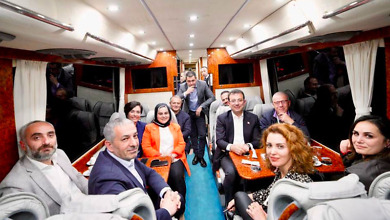 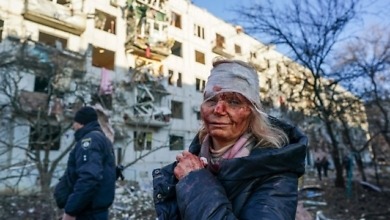