This article was produced for The Adriatic Report. It has been re-published here with a CC BY-NC-ND 4.0 International License.

Nuremberg, 1929. The Nazi Party Congress, held that year, was the real beginning of what German Playwright Bertolt Brecht calls “the Resistible Rise of Arturo Ui”. The devastating economic crisis that started in the USA in the same year caused great damage all over the world. The Great Depression years were especially tough times for workers and middle-class people all over the tough world. Especially in Germany.

Factories have closed their doors one after another and the number of unemployed reached 6 million. Many Germans in despair joined the Nazis or Communists who wore uniforms like the Nazis. Communists and Nazis battled fiercely in all subsequent elections. While Hitler provoked turmoil, he also claimed that he would be the only one to stop it.

This blackmail tactic was successful. Hitler gathered crisis-hit shopkeepers and small traders around him by condemning the Red Plague threat, the egalitarian Marxists. The result was surprising. The Nazi vote rose from 2.6% in 1928 to 18.3% in 1930, and 37.4% in July 1932. Hitler became the leader of Germany in just four years.

The mass trauma situation of the post-World War I in the defeated states and depressive economic recession almost everywhere in the world paved the way for dictators to establish an iron grip over these nations, by simply placing themselves with in the power vacuum. This gap was filled by Hitler in Germany, Mussolini in Italy, Salazar in Portugal, Franco in Spain and Stalin in USSR.

Europe, 2008. While the far-right groups in the effort to turn the global economic crisis that hit the Eurozone into opportunities with Goebbels’ rhetoric, Walter Benjamin reminded himself again with his famous saying: “Behind every fascism, there is a failed revolution.”

The last decade started with a concerted attack on multiculturalism by mainstream center-right leaders. But while they pandered to far-right voters, they largely refused to adopt far-right frames and policies. In 2011, Cameron blamed “state multiculturalism” for failed integration and Jihadi terrorism, but, he argued, “instead of encouraging people to live apart, we need a clear sense of shared national identity, open to everyone”.

This changed with the so-called “refugee crisis” of 2015, which was a catalyst for the normalization of the radical right. Immigration and security were openly linked in the public mind.

Radical parties that already exist and are trying to take part in governments with populist slogans turned into powerful weapons of the depressive totalitarianism in Europe by using the “security” to gain support. This gap was filled by AfD in Germany, Le Front National in France, Fidesz in Hungary, LeNord in Italy, Party for Freedom in the Netherlands, Sweden Democrats in Sweden, True Finns in Finland…

On the other hand extremist political organizations which were established for a purely irrelevant purpose, like Neo-nazi underground organization Golden Dawn, used the social degradation, political disaffection and psychological panic as the breeding grounds for the legitimization of its extremism and continued their activities under the shield of parliamentary democracy.

By “state-ization”, far-right extremism gaining ability to maintain their avarage voters by finding a social response to their authoritarian and irredentist ambitions, which have in common with mainstream center-right and radical right groups.

Social chauvinism (meaning that the social state should be reserved exclusively for nationals) was praised by far-right groups in this period and while the “social justice” and “social state” discourses were broadly shared by mainstream parties, for example, from Social Democrats to Merkel’s Christian Democrats in Germany. Political traditions turned upside down in Europe.

On the other hand, two terms that triggers far-right extremism, immigration and rule of law, are seen as positive stimuli for the development of economy and functioning of a social state.

“People with the experience of East Germany said, “Our financial power was weak, there was no product variety, but there was political pressure. On the other hand, we had no future anxiety.” Now there is money and freedom, but there is also future anxiety. The far-right is playing at this anxiety, and the antidote to it is the balanced social state,” Berlin-based Turkish political analyst Emrah Aslan commented.

According to Aslan, “If the social state is strengthened, people’s future anxiety will be minimized as the fundamental principle of the social state is a vector for the development of social rights. Reducing people’s anxiety for the future, can prevent the extreme right from getting stronger. Human being wants to survive with a sense of security like every living thing. The way to strengthen this feeling is the strong social justice.”

A Weird Rally and Transnational Nationalism

Beaten down by the COVID-19, the world economy in 2020 suffered its worst year since the Great Depression of the 1930s, the International Monetary Fund says in its latest forecast.

Before the political traditions in Europe turns upside down again in post-COVID-19 environment, we take a closer look at some of the absurdities of the Eastern European far-right by analyzing some of the groups invited to the weird rally that Srećko Horvat, a leading contemporary philosopher, has mentioned in his article “Europe: are there Nazis living on the moon?”

The party was also planning on holding a march in downtown Zagreb on next day in support of convicted Croat Generals Mladen Markač and Ante Gotovina. The announced rally has been condemned by the Croatian public and anti-fascist groups have announced counter-rallies.

Croatian police had banned the rally. Croatia’s then-Prime Minister Zoran Milanović stressed that it was everybody’s responsibility was to stand up to such ideas, adding that such gatherings will not take place in Croatia.

The Croatian Pure Party of Rights (HČSP) is considered the pivotal party among Croatia’s radical right. the iconography of the Ustasha movement is a party mainstay. Its offices feature pictures of Ante Pavelić, the historical leader of the Ustasha movement, the Croatian fascist nationalist movement who fought alongside Nazi Germany, and of party leaders either together with Pavelić, or raising their right hands in commemoration of the Ustasha salute. The party uses the slogan “God and Croats” as a kind of link to the Ustasha regime.

The fate of expatriates has a key role to play in Croatian politics. Thus, the HČSP believes Croatians in Bosnia and Herzegovina and Hungary should have a constitutional, Godgiven and natural right to support from the homeland.

Every year, the party unashamedly celebrates April 10th, the day in 1941 the Ustasha-led fascist state was established in Croatia under Aix power auspices.

HČSP members are often prominent in protests against gay pride rallies and in attacking the memory of the Ustasha-run concentration camp at Jasenovac.

The party calls on Croatians abroad to help purge the state of bad government and invest in Croatian resources. In the meantime, it advocates giving them a stronger parliamentary presence and additional votes. On the other hand, it also advocates supporting the “emigration” of autochthonous Croatian minorities living in other countries such as Hungary.

One of the invited parties Germany’s largest neo-Nazi party NPD was suspected of being linked to a terrorist cell responsible for the killing of eight Turkish and one Greek immigrant between 2000 and 2006, and later the killing of pro-migrant German politician Walter Lübcke. Second famous party Renouveau français is (in)famous for denying the Holocaust. VMRO members are known for throwing stones to Istanbul-Sofia buses. Jobbik is the most bizzare chapter in this story as Horvat has pointed out.

Jobbik, the second-largest party with 20% and the biggest far-right party in Hungary supports the idea of a greater Hungary, including areas inhibited by Hungarians in Slovakia, Romania, Ukraine, Serbia and Croatia. This grievance dates back to the 1920 Treaty of Trianon which reduced Hungarian land by two-thirds leaving a quarter of the Hungarian population outside of the country’s borders.

But it would be wrong to laugh at these far-right absurdities while the center right parties using the similar discourses with the aim of taking votes from far-right parties.

Sarajevo-based Political Analyst Hamdi Fırat Büyük told The Adriatic Report that “Right wing and authoritarian governments are getting more and more popular with a populist discourse elsewhere in the world just like the Southeast Europe. Irredentist and revisionist policies and statements are also often seen. For instance, Serbia wants to unify with Kosovo and Republika Srpska of Bosnia and Herzegovina; Croatia wants to unify with some lands in Hungary and Herceg region in Bosnia and Herzegovina and Hungary wants a big bunch of territories from many states to turn back to its imperial days. In a first glance, you might expect these governments should conflict or should not have good relations when they have such claims on each other. “

The Adriatic Report recently reported that Hungarian Prime Minister Viktor Orbán has published a historical map of Hungary that includes portions of Croatian territory. Earlier on, Orbán has won the right to rule by decree allows the government to suspend the parliamentary democracy, for as long as he deems fit. Emergency legislation to battle COVID-19 has turned an EU country into something like a dictatorship, critics say.

According to Budapest-based Central European political research Péter Krekó, “In many European countries, centrist parties have had trouble staving off electoral challenges from far-right forces. In Hungary, the solution to this problem was pretty simple: the main governing party itself became a far-right force.“

“However, these claims are nothing more than war of words and instruments to consolidate their electorate. Furthermore, they have similar way of governments and a similar set of foreign policy agendas such as moving away from the EU, creating its own national foreign policy, seizing free media and undermining civil society. Being aware of this, these countries stun their irredentist claims which are created for domestic reasons for now. However, these claims are always dangerous and carry high risks for a peaceful future. The question should be what they will do after they eliminate their common “enemy”? It is likely that they will turn to each other.” adds Büyük.

While the conditions of the 1930s are not reproducible in today’s world (a catastrophic collapse of democracy is highly unlikely for many), but it should always be remembered that it was precisely the failure of mainstream political and social actors to engage, address, and respond to the rise of right-wing extremism in interwar Europe that put in place the necessary conditions for the victory of fascism.

The world is battling the COVID-19 global health emergency, and its economic and social ramifications. Meanwhile in Europe, far-right camps have been growing by building up international networks even if their aims are mutually excluded. What appears to be absurd actually warns us countering the far-right extremism at the national level is insufficient.

Recent history shows us that if Europe does not eliminate the causes of the far-right and effectively counter it, then far-right will be strengthened again. Europe will weaken as the far-right strengthens. A complete lose-and-lose game for today’s Europe. 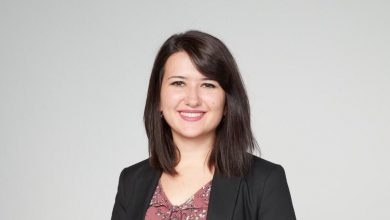 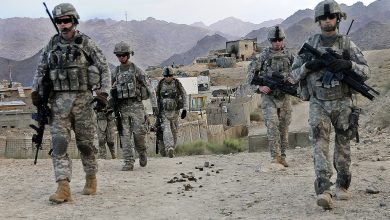