This article was originally produced for and published by FeniksPolitik. It has been re-published here with permission.

Worrying polls and statistics show that the Turkish government’s seemingly endless political rifts and the country’s deepening economic crises may result in the loss of a bright generation.

According a poll published by MAK Research Company in September, over half of the young people surveyed said that they were unhappy.

Moreover, 90 percent expressed the belief that older generations did not understand them, and 76 percent wanted to live abroad if given the chance.

Their financial situation and the increasingly autocratic rule of President Recep Tayyip Erdogan are the reasons for their distress. The majority of youth do not share same priorities with the government and the government failed to craft policies to meet their needs.

The country’s current form of identity politics and the government’s domestic and foreign policies did not attract the interest of those young people surveyed as much as issues and topics such as freedom of expression, environmental protection, free social media, and women’s rights.

It is no secret that Turkey does not rank well when it comes to these rights and freedoms, with human rights watchdogs consistently placing the country alongside long-standing repressive regimes when it comes to many freedom indicators.

Unsurprisingly, the same poll suggested that only a quarter of Turks between 18 and 35 vote for Erdogan’s Islamist Justice and Development Party (AKP).

MAK’s poll also shows that 86 percent of those surveyed were in debt and 77.6 percent believed nepotism to be more decisive than merit when it came to getting a job.

According to the official numbers, at the time of this poll in September more than 26 percent of young Turkish workers were unemployed. Experts warn, however, that this number is likely much higher.

According to TurkStat, five million young people are not able to repay their student loans, and about 300 thousand of them are about to go to court over their debts to the state.

The Turkish youth’s unhappiness is reflected in official data on migration. Last year alone 330,000 Turks emigrated, nearly half of them being between the ages of 15 and 35.

Over last four years, complete with its frequent crises and spikes in polarization, more than a million people have left the country. The number of those who left Turkey seeking a better life elsewhere has steadily increased year over year.

In this sense, as the country faces choppy economic and political waters for the foreseeable future, there could be a real lack of people who will be able to take the helm and steer the ship back on course. 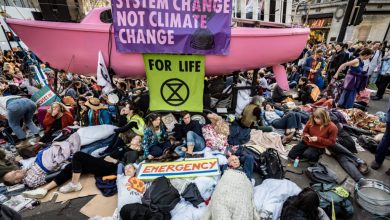 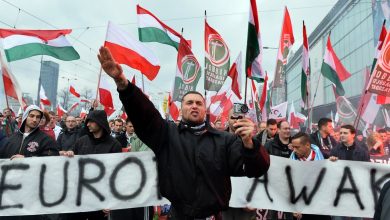 The Resistible Rise of Far-Right in Southern and Eastern Europe – A. Sencer Gözübenli