This article was originally produced for and published by FeniksPolitik. It has been re-published here with permission.

Currently, an unprecedented drought in Turkey poses risks to cities, agricultural activities, and energy security, and aggravates forest fires. The government must implement a climate change-centered drought strategy in coordination with all water actors, both domestic and international.

Turkey is currently grappling with severe drought conditions despite a few instances of extreme rain. An analysis by the Turkish Meteorological Service shows that 2021 is on track to become the driest year that the country has experienced since data collection on such conditions began 40 years ago.

While Turkey has experienced periodic droughts in the past, the last few years have been unprecedentedly dry. It is one of the many symptoms of worsening climate change.

Although Mediterranean forests are prone to fires, the deadly forest fires currently raging along the Mediterranean Coast worsened due to drought conditions. With lack of moisture on the soil, dried vegetation that feeds the fires and multiple heat waves, the fire season in Turkey began earlier than normal. The area burned so far in 2021 is estimated to be 3 times the average of areas burned on average between 2008 and 2020. The fires have already consumed numerous villages and towns, with the worst of the fire season still ahead. Thousands have been displaced and lost their livelihoods. Tourists had to flee the region, leaving the region’s economy vulnerable without tourism revenues. Precious wildlife habitats, already under heavy pressure due to development projects, have been ravaged.

The other effects of the drought have already manifested across the country as well: Istanbul, the country’s economic powerhouse and home to nearly a quarter of Turkey’s population, nearly ran out of water earlier this year. Due to an overreliance on groundwater as precipitation declines, sinkholes have been forming in the Konya region, damaging buildings and critical infrastructure, and causing displacement of local populations. Across the country, lakes and wetlands have been shrinking if not completely drying out, mostly due to unregulated and excessive surface water diversions by farmers who can no longer rely on other water sources. The electricity output of hydropower dams has been on the decline, endangering the electricity supply of the country and increasing its reliance on imported natural gas. The snowpack in eastern Turkey, which gives life to the Euphrates and Tigris rivers, has been visibly shrinking since at least the early 2010s, hitting record lows this past winter.

In climate change-centered drought planning, the central government should lead the efforts with dedicated funds and coordinate with local municipalities, farmers, the energy sector, and the environmental community. A national drought contingency plan should be holistic but also address differing regional needs for freshwater, ensuring the coordination of drought resilience efforts in different regions.

Every Water User Has a Role in Building Drought Resilience

In drought preparation, all water sectors will have different roles to play. Cities must focus on diversifying their water supply portfolio to better adapt to the changing climate and a drier future. This includes recycling water and promoting conservation, both indoors and outdoors.

Rebate programs run by municipalities, for example, could incentivize residents to replace their water-inefficient appliances with more efficient ones. Grass turfs should be discouraged outdoors and climate-appropriate plants should be promoted. Investment should be furthered in green urban infrastructure that can catch stormwater and improve cities’ drought resilience while creating more urban green spaces.

Although desalination is a very expensive and controversial water source, it could still be considered in some cases. For coastal cities that are water-stressed and don’t have diversified water portfolios, desalination, at an appropriate scale, could provide a safety net against droughts.

Preservation and enhancement of cities’ existing water supplies should be paramount in building drought resilience. The government must heed the warnings of scientists and should not pursue disruptive projects like Kanal Istanbul, which would pose a grave threat to the existing water supplies that are already under stress. Watersheds of strategic importance, like those surrounding Istanbul, should be shielded from ecological disruption.

In agriculture, groundwater overpumping and surface water diversions should be tightly regulated. Continued pumping of groundwater at unsustainable levels will further damage infrastructure and properties, with the government footing the bill. Inefficient agricultural water users should be identified and encouraged to switch to drip irrigation systems.

A climate-smart agriculture plan should be devised to guide farmers in selecting which crops to grow in different geographic regions. Subsidies can be provided to farmers who adopt a climate-smart approach and switch to climate-appropriate crops, reduce their water use, or practice dry farming. On the other hand, dry farmers, who normally do not irrigate their lands but are hit heavily by lacks in rainfall, should be compensated or supplied adequate water to keep their lands productive.

Forest health and wildfire preparation should be prioritized especially in areas where people live in close proximity to forests that have not burned in a long time. Homes should be hardened against fire risks; wildfire evacuation plans should be prepared and shown to the public. The public should be kept informed about periods of high fire risk. There is also need for regional coordination to expand and allocate resources properly and accommodate evacuees, especially when multiple fires burn simultaneously. In the immediate aftermath of fires, disaster aid should be provided to displaced people, and local economic activities like farming, ranching and beekeeping should be financially supported by the government as part of the recovery. The burned forests should be protected from development or mining activities. Experts should be incentivized to conduct research and track the ecosystem health after the fires, and work together with policy makers to make climate resilience a part of forest management goals.

Wetland protections should be enforced and the boundaries of sensitive wetlands should be expanded to maintain the integrity of these fragile ecosystems. Water management decisions in watersheds that are home to endangered species should account for these species’ needs as well.

Droughts also present a risk to Turkey’s energy security. Declining performance of hydropower dams should not be compensated by imported gas or coal, which would only further Turkey’s energy dependence on exporting countries. Instead, more investments and subsidies should be directed to solar and wind projects, as well as grid-scale batteries, to decarbonize the country’s electricity grid and augment its reliability.

In water-stressed regions of the country, early retirement of coal-powered power plants should be considered and any plans to build additional plants must be suspended. Coal-burning plants are significant consumers of freshwater, a critical but dwindling resource that the cities and farmers in these coal regions will direly need if they are to bolster their drought resilience.

Droughts Are Transboundary, and So Are Solutions

Droughts don’t respect countries’ borders. The headwaters of the Euphrates and the Tigris are under Turkey’s jurisdiction, but other downstream countries like Syria and Iraq heavily depend on the water supplied by these two rivers as well. A drought experienced by Turkey would mostly likely impact the rest of the Eastern Mediterranean region and increase water demand downstream. Turkey’s poor water management in the face of a drought might have dire consequences for the whole region.

There is a regional leadership void in the East Mediterranean with regard to climate and drought resilience. As the country controlling the Euphrates and the Tigris’ headwaters, Turkey is well positioned to step into this role and lead other countries to build drought resilience. Turkey’s pursuit and exercise of a science-based climate diplomacy would not only strengthen its position in the region as an influential actor, but also improve the region’s overall stability.

Turkey’s droughts will grow in severity and frequency as climate change progresses. However, like any other natural disaster, the worst impacts of a drought can be avoided with science-based policies, political will, and strong coordination among all parties affected, whether local farmers, big municipalities, or neighboring countries. Building drought resilience will not be cheap—it will require significant human and financial resources, but it is still a small price to pay compared with a water-insecure future that would destabilize the country’s water, food, and energy systems. 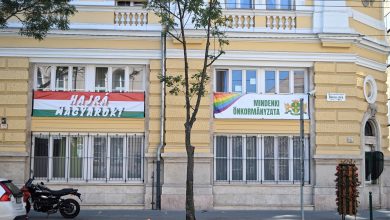 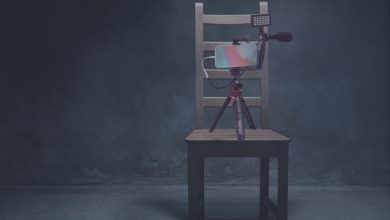 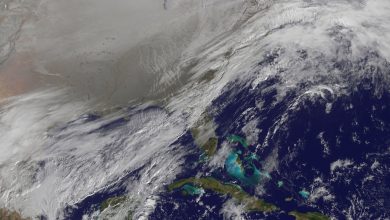 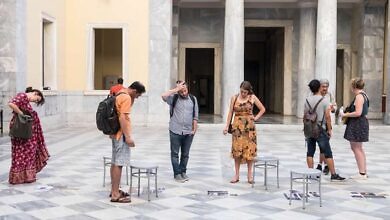